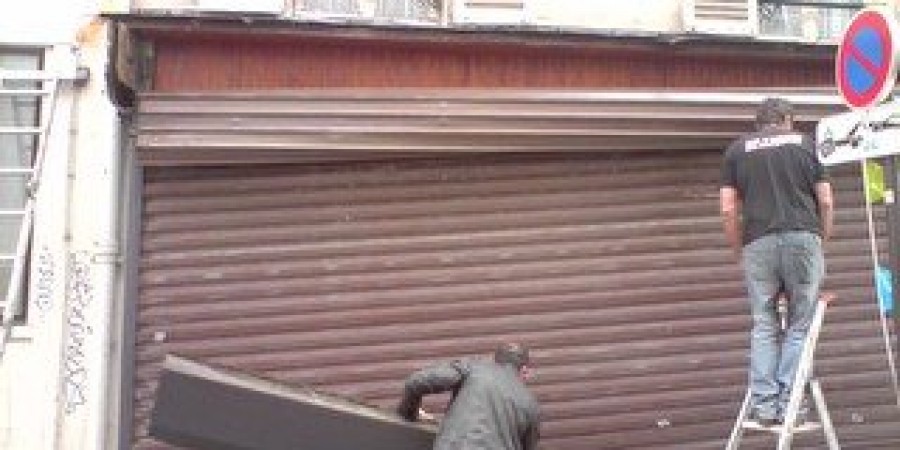 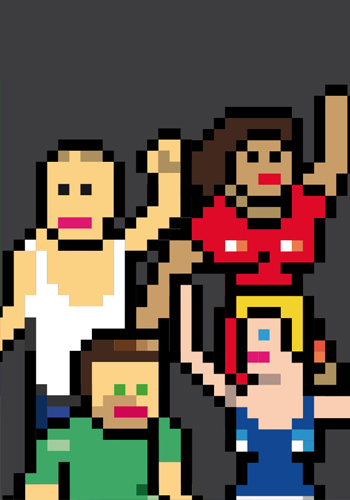 Jacob Dove Basker was born in 1970 in the Bronx. He didnt really grow up in New York , more like all over the northern U.S., including places like Moscow (Idaho) and Chicago; But he feels most at home in Seattle. Jake was 14 when he played his first show ever in Spokane with his freshly formed College-Punk combo out of Pullman, Washington.
Jake left America in 1990 to get a different perspective on the first gulf war, started by the first Bush. He arrived with 500 dollars, which he managed to stretch over six months using his exotic charm, Henry Miller style. He then discovered the Hamburg Art College (Hochschule für bildende Künste Hamburg) and stayed there until he emerged with an officiallooking slip of paper from the state, officially extolling him as a bona fide artist. This enabled him to become a New Media trollop for a stint, although Jake has always been more of a jack of all trades. Trades like comic artist, tattoo artist, animator, niceguy and wiseguy. But the music has always been the vehicle to propel him down the endless one way street that is life.
He played in several bands, including a Sonic Youth-like artpunk band in Hamburg for years Jake started rapping in 1992, first under the patronage of Die Patinnen, then with the Jonas Schoen Sextett and as the leader of the Jazz rap combo M.C. Eye & Blind Jazz. But it was in the Hamburg hiphop training camp Trainingslager that Jake learned to freestyle. The cross-styling also started soon thereafter,with beatboxer Mark Boombastik and Felix Kubin in Jakes other band, Anaerobic Robots (Gagarin Records).
Then Jake moved to Berlin in 2005 and everything changed.
He released his self-titled LP, a crossover between hip hop, electro, and house. Then he discovered the Bar 25 and basically never left. he became a resident there in 2006 and remained a part of the family until its final closing. During that time he became a well-known and vital fixture in the Berlin party scene, quickly developing into a sort of lovable, eccentric, deep house legend on the decks across Europe. He tours incessantly, spreading his special eclectic but funky blend of music and his joyful vibes. Now he is a resident and has his studio in Kater Holzig. In Berlin, Jake plays regularly in Watergate, Arena, Ritterbutzke, Wilde Renate, Stadtbad Wedding, Sisyphos, and Chalet. His own productions include now classics like « Hollow Inside » and « Less Talking ». He has worked together with many artists, including Format B, Terranova, H.O.S.H., Alexander Kowalski, Channel X, Oliver Koletzki, making tracks like « Somerthing Suitable », « Snug Descent (I love the couch, baby) », « 50 ways to Love Your Liver » and his recent release « Animal Instincts » with Sascha Braemer, on Stil Vor Talent. When Performing, Jake has been described as being able to create a bridge between old school and new school, house and techno, while keeping a constant pressure on the dance floor, building steady suspense and then a much celebrated release, all the while remaining perfectly calm amidst the craziness, and generally smiling like a loon.

Paris based Dj Tite aka Nicolas Villebrun, half of Society of Silence, has also released tracks on Aim and Roundabout Sounds.

Norwegian Rikslyd is a solo project by Diis. The artist is based in Paris.The self invented genre « Champagne Electro » explains the sound universe of minimal pop tracks, awkward sexiness, electro cuteness and clever lyrics. The fashion world has shown appreciation for the style; brands like Stella McCartney, Quentin Veron, Minna Palmqvist and Caroline Daily to mention some.

DJ’ing under the name Diis Paradiis, she lives to share the love of her life, music.